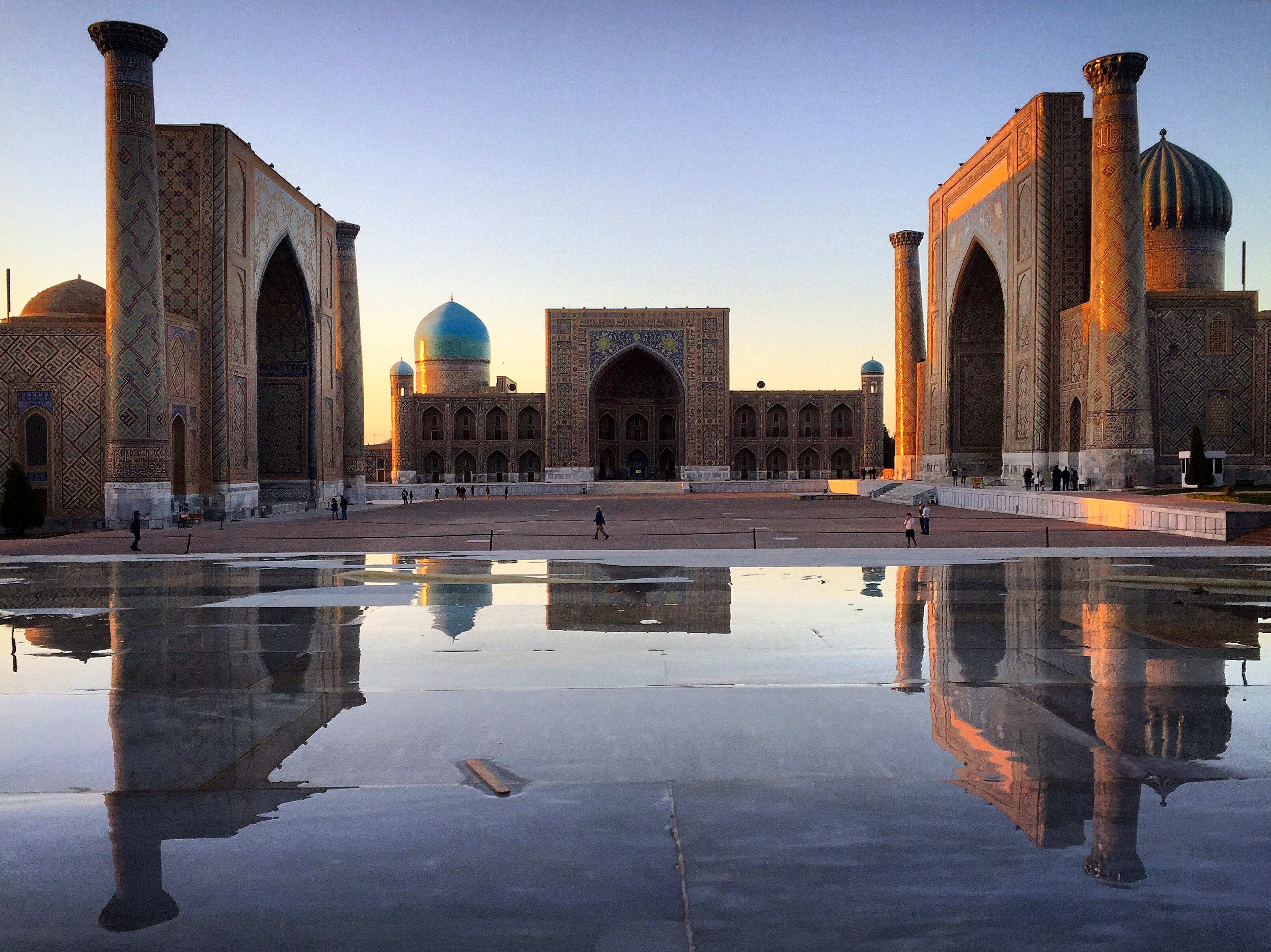 Make your dream come true, discover the Treasures of Uzbekistan! The ancient land of Uzbekistan with its historical monuments, reflecting the long and rich history, keeps a lot of secrets and mysteries.

Nukus, the capital and the largest city of the Autonomous Republic of Karakalpakstan, is located near the Aral Sea. From the south and east the city is surrounded by the Kyzyl Kum desert.

The city of Khiva, whose final image was formed in the XVII century, throughout its long history has withstood all the tests of time and behind its adobe walls you can find masterpieces of the original architecture that have been preserved until nowadays.

The ancient city of Bukhara opens its doors to lovers of antiquity. Each stone in this city reflects the history. The great scientists, such as physician and encyclopaedist Avicenna and historian Narshakhi, worked in this city.

Shakhrisabz was one of the most important trade centres on the Great Silk Road. However, the greatest fame it acquired as the Motherland of Tamerlane, this is where the future great commander spent his childhood and teenage years.

One of the oldest cities in the world Samarkand with its 2750-years history amazes with its magnificent buildings of the medieval architecture that have been preserved until nowadays. It was here where the patron of science Mirzo Ulugbek erected his observatory in the XV century, which had no equal.

Between Tashkent, Samarkand and Bukhara, the Talgo train “Afrosiab” runs daily. Depending on the time of arrival / departure planned in the program you can do some of the above mentioned routes by train instead of road.