The 16th annual award ceremony of the popular magazine Travel and Leisure was held in Shanghai 2017 for the best achievements of 2017 in the development of the tourism industry (Travel & Leisure Industry Awards).

The representatives of recognized hotel brands and consuls participated in the event. The nominations for categories: hotels, airlines, service, restaurants, spa, leisure and entertainment for tourists were announced.

According to the results of the selection such countries as Switzerland, Canada, France, the United States, Great Britain, Finland, Uzbekistan and the Maldives were recognized as the most attractive tourist destinations in 2017.

Jahon news agency reported that after analyzing all the assessments and various opinions, the editor-in-chief of Travel and Leisure, Ian Tsze Ping, declared Uzbekistan and the United States as winners in the nomination “Best Travel Destinations”.

The Chinese edition “Travel and Leisure” is analogous to the American version of the magazine. Its branch was founded in China in 2001. The circulation in China is 630,000 copies a year. For more than 15 years, the magazine has sponsored the Travel & Leisure Industry Awards. In addition, it is the first and official travel media partner of the International Fair of Exclusive Tourism and the World Travel Awards in Asia. Every day up to 100 thousand people read the online version of the magazine. The number of its subscribers exceeds 1 million people.

Posted on 23 May 2018 10:59 AM https://uzbektourism.uz/en/novosti-turizma-uzbekistana/uzbekistan-luchshaya-strana-dlya-turizma-po-versii-zhurnala-travel-and-leisure

Turkish Airlines in the first quarter of 2018 is adding new destination to Uzbekistan. The airline opened bookings for Istanbul Ataturk – Samarkand route. From 16MAR18, the Star Alliance member will operate this route once a week (Day 5), increasing to 2 weekly from 27MAR18.

The following is operational schedule from 27MAR18. 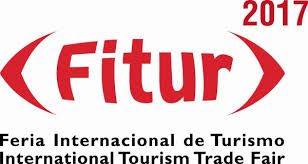 Uzbek foods – one of the most colorful in the East. Some Uzbek recipes are centuries-old history and cooking accompanied by various rituals that have survived to the present day. There are about thousands of dishes and recipes whose origins can be traced from the times before the Turkic and Mongol invasions, and in different regions of the country can prepare their own way. In the north prefer pilaf, grilled meat, pastry and cakes. In the south are preparing many kinds of rather complex dishes of rice and vegetables, and make excellent desserts. An important place in the local table takes mutton, horse meat, excellent local soups with lots of vegetables, own vegetables, dairy products and bread. Clothing of our ancestors who lived on the territory of Uzbekistan was formed in accordance with the features of the natural environment, way of life and traditions. We got a good idea of national clothing formation and development of a variety of sources.
Archaeological monuments, murals, written sources, miniature manuscripts – all this tell us about how to dress in Uzbekistan since ancient times to the present day. We’ve put together 11 important historical facts in chronological order, after reading that, you can understand the historical value of the Uzbek national dress:
Objects weaving equipment found in certain historical and cultural regions of Uzbekistan, indicate a high degree of weaving since Eneolithic (4-3 millennium BC.). Remains of clothing belonging to the 2nd millennium BC. Sappalitepa were discovered in the south of Uzbekistan
Central Asian fabrics manufacturing technique was difficult. Especially difficult was the ornamentation. The coloring of fabrics used two techniques that can help get the fabric striped and abr with colorful blurred patterns. Second name Abra – ikat. It was under this name, this fabric is known in the West.
One of the first mentions of the Uzbek chapan was found in the inscriptions of the VI century monument of the Turkic runic writing in honor of Kul-Tegin.
The cut clothes Turkic people has not changed since the early Middle Ages to the beginning of the XIX century. clothing Croy was largely the same throughout the region. All types of clothing were cut long, in some cases, wide sleeves. On the sides of the garment have had cuts for a comfortable walk.
In the dictionary of Turkic dialects, written in the XI century, it contains about 30 names of fabrics and 225 terms related to the clothing culture. Also mention natural fabrics (cotton, silk and wool), and referred to the beautiful embroidered robes of gold brocade. Interestingly, cuts of silk, brocade and velvet were sometimes used in X-XII centuries. as a cash equivalent.
Some miniatures, which studied the Central Asian nation’s Clothing, images of tissues found in the strip. According to scientists, striped fabric unique to the peoples of Central Asia. The clothes of this kind were, judging by the images in the thumbnails, rather poor residents. In turn, such a widespread tissue color support archaeological research carried out in Turkmenistan, will cover the period XV-XVII centuries.
As a result of the Mongol nashstviya to Central Asia, from the first quarter of the XIV century, clothes, as well as in all spheres of life of the people, have been introduced Mongolian-Chinese tradition. The clothes, hairstyles rulers, court officials, government officials, and local people began to clearly traceable Mongolian-Chinese style. During this period, men’s clothing had left-sided smell, diagonal cut, short sleeves, side slits up to the waist, embroidery on the chest. Women’s Outerwear had an open cut, very long sleeves, extends to the bottom. The headpiece is comprised of a cap complex cut, on top of which was mounted a bundle of feathers.
Until the XVI century, the term “veil” signified clothes both male and female. In the era Timurids in Movarounahre, and during the reign of Babur in India, scientists, government officials, religious leaders wore clothing such as the burka. By the time of Sheibanids burqa clothing dynasty considered scientists. Subsequently, the subject has turned into an indispensable attribute of women’s clothes when leaving the house.
In the XIX century as a result of the colonization of the edge region of Imperial Russia was flooded factory fabrics. This led to an increase in mass production. The advent of sewing machines was a revolutionary event with clothing manufacture in the region. As a result, along with the traditional wide, long, one-piece dresses, conceals silhouette appeared European style outfits that emphasize the shape and had a difficult cut.
The abundance of raw materials contributed to the development of urban Movarounahra different types of weaving. There were local school of art of weaving, which gave impetus to the development of this craft. In Tashkent, Bukhara, Samarkand, Kokand, Margilan, Namangan produced traditional Uzbek silk fabrics 17 varietiesSince the end of the XX century. and the beginning of the XXI century. Uzbek obrazivny pattern began to spread widely in the Western world. In 1966, the actress Sophia Loren appeared in the November issue of Vogue magazine in Chapanov of ikat. In 2009, the fashion house Gucci and Missoni have used in their collections ikat print. Since then, this print, and this fabric is widely used by designers in the world a variety of areas, from clothing and jewelry to the interior. The company Olympic Tour Service participated in the International Exhibition ITB- 2016 which was held in Berlin! Welcome to Uzbekistan!