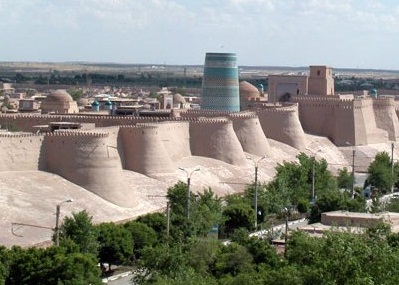 The final image Khiva was formed in the 17th century. Throughout its long history it has withstood all tests of time and behind its adobe walls you can find masterpieces of the medieval architecture.

Nukus, the capital and the largest city of the Autonomous Republic of Karakalpakstan, is located close to the Aral Sea. From the south and east the city is surrounded by the desert Kizil Kum. Besides the ancient Mizdakhan necropolis located not far from Nukus, you can visit the famous State Museum of Art named after I.V. Savitsky. Its collection is the best and in Asia and the second largest and important collection of Russian avant-garde paintings in the world.